Facts about Impalas in Uganda

The impalas in Uganda are an amazing medium-sized and lightly built antelope with a glossy, reddish-brown coat. Only rams carry long, slandered, lyre-shaped horns of between 45-92 centimeters.

Impala tail is white with a central black line on the upper surface with vertical black lines on each buttock and black hair on the lower edge of the hind legs. Ears are large, black-tipped, and lined with white hair.

Impalas spend most of their time in open or light savanna woodland. They inhabit places close to the water and they are often abundant in such habitats.

In Uganda, impalas are found only in Lake Mburo National park located 236,1 km in the southwest of Uganda from the capital city Kampala and Katonga Wildlife Reserve but have been recently reintroduced in Pain Upe Game Reserve. The name Kampala, the capital city of Uganda was derived from the impalas.

Behaviors of Impalas in Uganda

Impalas are active during the day though activities tend to cease during the hot midday hours. Three distinctive social groups can be observed, territorial males, bachelor herds, and female herds.

The territorial males demarcate their territories with urine and ascent from a gland on their foreheads. This is done to defend their territories against male intruders. Bachelor herds tend to be small with less than 30 members and tend to occupy areas away from breeding herds while female herds vary in size from 6-100 impalas.

Juveniles sometimes leave the herds of their birth to join other herds.  The mother-calf relationship is weak in impalas and breaks after a short time, in fact, impalas are only ungulates to display self-grooming.

Impalas are good browsers and grazers at the same time and they consider the availability of resources. Most of their diet consists of plant leaves, wood bark, and stems. Browsing is mostly done in the wet and dry seasons and during this period the diets are nutritionally poor.  Impalas prefer places near water sources.

Reproduction of Impalas in Uganda

At one-year-old, males are sexually mature but successful mating generally occurs only after four years. This is a period when they are more aggressive and start establishing territories. While females can conceive after reaching one year and a half.

Rutting males fight over dominance giving out noisy roars and chasing one another. They walk stiffly and display their necks and horns. These rutting males desist from feeding devoting their time to garnering females in oestrus. Rutting males check the female’s urine to ensure that she is in oestrus.

On coming across a female in oestrus, the male begins the courtship by pursuing her, keeping a short distance from her and after mounting the male loses interest in the female.

Gestation lasts for 196 days. The female usually isolates herself from the herd when the labor pain begins usually at midday hours which is the safest time to give birth.

This is because half of the newborns are killed by predators. Pregnant female impalas may delay giving birth for an additional one month if conditions are harsh.

A single lamb weighing around 5 kg is dropped and remains in cover for the first few weeks and later joins a nursery group within its mother’s herd. Suckling lasts for 4-6 months.

Other facts about impalas

Impalas are the most seen antelopes and most graceful mammals on earth. They are agile creatures that can run at speed faster than 60km per hour and they are fleet runners who leap up to 10m in length and 3m in height. This habit is mostly seen when chased by predators.

Impalas lower their chances of attack by leaving in large herds.  They scatter in all directions in order to confuse predators.

Predators such as lions, leopards, and cheetahs attach impalas but impalas are always on high alert to danger and have got an active sense of hearing, good sight, and smell which helps them to detect predators. 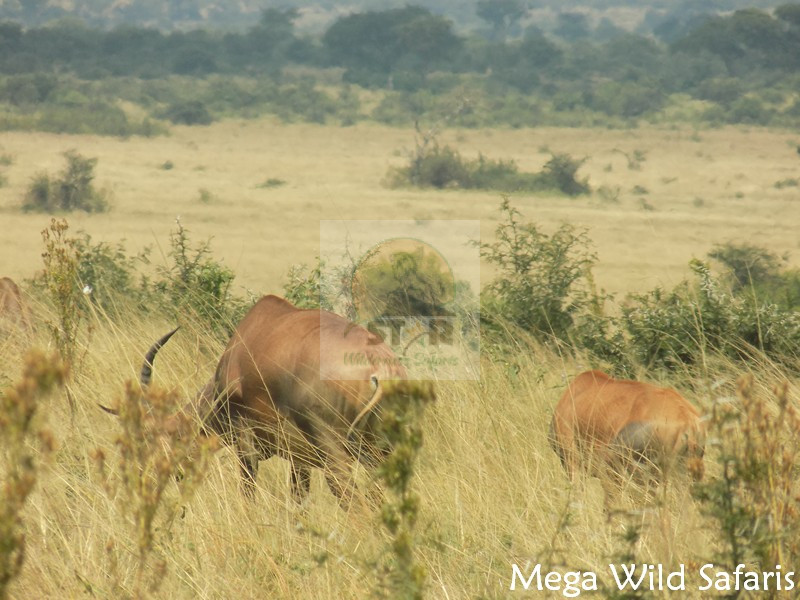 Your 5 Days safari in Uganda features a perfect blend of 2 primate adventures and wildlife experience. This package takes you on chimpanzee tracking in Kibale Forest National Park which offers refuge to 13 primate species. Book This Trip