The trip starts with a tour to Queen Elizabeth National Park, Uganda’s most popular tourist destination, home to classic big games including hippos, buffalo and elephants, tree-climbing lions, antelopes as well as different primates including chimpanzees.

Activities of the 5 Days Uganda Tour 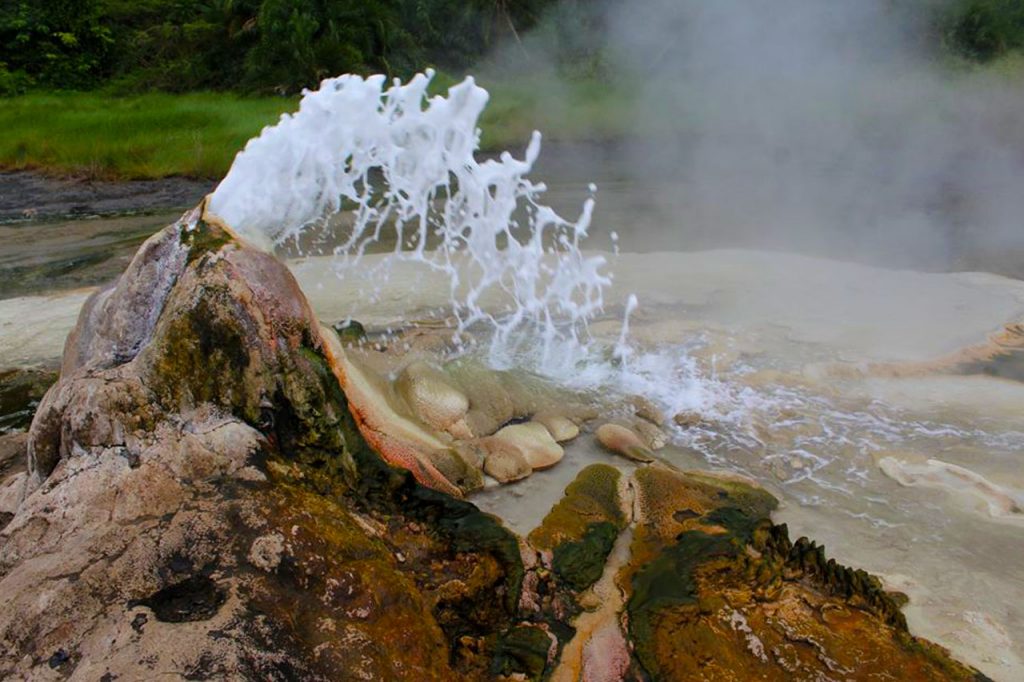 Set off from Kampala and head to Queen Elizabeth national park; located on the foothills of Mountain Rwenzori in Kasese using the Masaka-Mbarara road.   Stop over at Mpambire drum makers and the equator for photographs.

Go on to Queen Elizabeth; check in at Mweya Safari lodge/Mweya Hostel/Simba Safari Lodge. After checking in take some time off to relax, you can either do an evening game drive in the Mweya Peninsular.

You will spot buffaloes, warthogs, antelopes and elephants or you can visit the Lake Katwe town with its attractive display of crater lakes. Check out salt mining. Return back to your lodge for dinner and overnight

A collection of birds like Cassin’s grey flycatcher, broad billed roller, black bee-eater along the banks of Lake Edward.

Return to lodge for lunch; then in afternoon go for a launch cruise on Kazinga channel (2hrs) along Lake George-Lake Edward, come eye-eye with gaping hippos, crocodiles, leopards though infrequent.

Day 3 of the 5 Days Uganda Tour: Chimpanzee Trekking at Kyambura Gorge and Transfer to Semiliki

After taking breakfast proceed with chimpanzee trekking in Kyambura Gorge at exactly 8:00am. Did you know that chimps are our closest relatives? You can easily spot the similarities we share with chimps.

Check out more primates mainly Black and white Colobus monkeys, L’Hoest monkey among others. In the afternoon transfer to Semliki National Park which is just 4 hours’ drive.

This Park is found at the western border of Uganda and Congo Republic next to Lake Albert and covers the eastern part of the Ituri forest joining Uganda and Congo River separated by the Semliki River. Semliki is an ornithologist’s haven having about 400 bird species mostly forest birds

Begin with the most eye-catching item in Semliki, the Sempaya hot springs. These natural springs have a geyser shooting up from an 8m-wide hole at a hot temperature.  It’s the largest of its kind in the country.

Along the same trail, you can recognize quite a number of bird species like blue –breasted kingfisher and Frasier’s ant-thrush and primates like the grey-checked mangabey and red-tailed monkey.

Continue to Mungilo waterfall and see more attractive birds specially if you are a birder. Late afternoon goes for a boat trip on Lake Albert, an exceptional lake in its own right. Check out the water animals and return to your lodge for dinner and accommodation

Day 5 of the 5 Days Uganda Tour: Transfer Back to Kampala

Enjoy breakfast at leisure and head off to Kampala not forgetting to stopover in Fort Portal for lunch. This marks the end this trip.

End of the 5 Days Uganda Tour

The park covers an area of about 1978 km2. Its position provides a magnificent view of the Rift Valley floor that occupies Lake Edward and Gorge. It is well known to be the habitat of about 95 mammals along with 612 species of birds.

Formerly, a historian known as Douglas Willocks talked about the various features that lead to the formation of the Park in 1952

This area was strategically located with a stunning view of mount Rwenzori, the plains, and the campsite jagged mass of mountains that are god for activities such as hiking. On the other side of Lake Edward, there is a famous hill known as Mitumbe that looks out to Congo.

Its beauty is signified with changing colors from blue to green, with gentle slopes, distant and this makes it become the center of darkness in Africa.

The eastern part of the park is characterized by peaceful green escarpments that are acquired from the western rift valley. The features are well covered with Savannah making it a beautiful place full of nature euphorbia trees

The park is so extensive furthermore adjacent to the other protected areas. For instance, Kigezi covering an area of about 256 km2, and Kyambura with about 152 km2 of wildlife set aside.

The other area is Kalinzu Forest Reserve that adjoins to DRC with about 200 km2 along Virunga National Park. Rwenzori National Park is about a few Kilometers to the North of the park

Queen Elizabeth National Park has one of the highest biodiversity ratings of any national park in the world, with over 500 different species about 100 mammal species.

The grassland plains support a variety of wildlife safari animals which can be viewed from vehicles on the network tracks designated in the park.

About 20 predators are found in the park such as Lions, Leopards side stripped jackal, and spotted hyena among others

Common antelope species include; the kob, bushbuck, topi, and waterbuck. Other animals which can be spotted at Mweya Peninsular are; Buffalos, elephants, warthogs, and hippos.

There are also various primate species are available in the park including chimpanzees, red-tailed monkeys, blue monkeys, olive baboons among others. 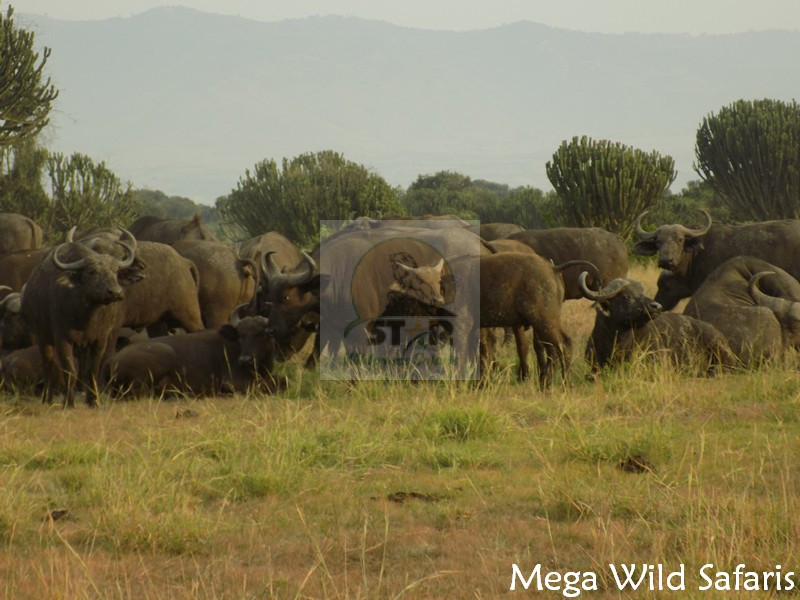 Semliki National Park is one of Uganda’s newest Parks having been gazetted in 1993 which hosts 194 sq. km of East Africa’s only lowland tropical rainforest.

The national park is located in the far west of Uganda Bwamba County within Bundibugyo district on Uganda’s border with the Democratic Republic of Congo.

Spreading over a land area of 220 kilometers (85 sq. mi). Semuliki National Park has a high diversity of plant and animal species together with microhabitats being located at the junction of several climatic and ecological zones.

Most of the Park’s vegetation is majorly medium altitude moist evergreen to the semi-deciduous forest. For game viewing tours, the park has got over 60 mammal species and more than 400 bird species for bird-watching safaris.

Semuliki valley national park is home to 400 bird species 216 of which including the lyre-tailed honeyguide forest ground thrush and Sassi’s olive greenbul are true forest birds.

There are also other 12 unique bird species, which are extremely limited in East Africa but can be seen by tourists spending a few days in the Park and these include Western bronze-napped pigeon, yellow-throated cuckoo, piping hornbill, red-sided broadbill, Xavier’s greenbul, capuchin babbler, a yellow long bill, blue-headed flycatcher, red-billed helmet-shrike, crested malimbe, pale fronted Antpecker and Chestnut-breasted negro-finch among others.

Your 5 Days safari in Uganda features a perfect blend of 2 primate adventures and wildlife experience. This package takes you on chimpanzee tracking in Kibale Forest National Park which offers refuge to 13 primate species. It also allows you engage in mountain gorilla trekking in Bwindi Impenetrable National Park a home to 20 habituated gorilla families and over. Book This Trip