Lake Edward is situated within the Albertine Rift, in the western arm of the great East African Rift along the Uganda and Democratic Republic of Congo border with its northern shores being few kilometers south of the Uganda Equator.

It should be noted that Lake George is smaller than Lake Edward but the former isn’t categorized as a Rift Valley Lake. It is about 77 kilometers long, 40 kilometers wide, and 17 meters deep on average.

Lake Edward has six primary tributaries that are Rivers Lubilia, Nyamugashani, Ntungwe, Ishasha, Rwindi, and Rutshuru while the Semliki River is the primary outflow of this Lake, feeding into Lake Albert. It also receives water from the adjacent Lake George that is fed by waters from the Rwenzori Mountains.

The Lake was first explored by Sir Henry Stanley who visited Uganda the Pearl of Africa in 1888 during the Emin Pasha Expedition period and was named in recognition of Prince Edward (Prince of Wales) the son of Queen Victoria who later became King Edward VII.

Lake Edward was 1973 renamed Lake Idi Amin by then President-Dictator Idi Amin Dada in his honor but after his ousting, it recovered its original name. This Lake lies at an elevation of 920 meters above sea level with its eastern and southern shorelines featuring flat lava plains while the Rwenzori Mountain ranges are about 20 kilometers north of the Lake thus offering exciting views.

Lakes Edward and George used to be one large water body but said to be separated by Lava from the ever-active Mount Nyamuragira in the Democratic Republic of Congo thus leaving the Kazinga Channel that currently joins them. 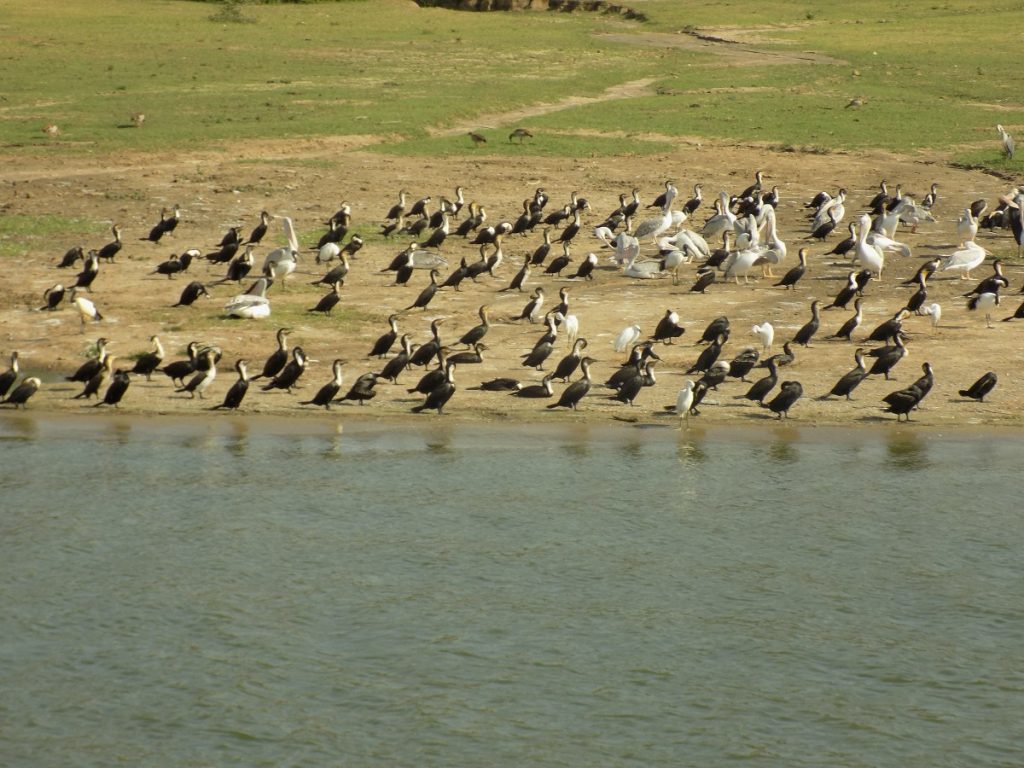 Flora and Fauna of Lake Edward

Some shores of Lake Edward are covered with moist semi-deciduous forests, montane moorland, Afro-montane forest, and ericaceous scrub. It is bordered by two magnificent Protected Areas-Queen Elizabeth National Park of Uganda in the north-eastern border of the Lake and the Virunga National Park of the Democratic Republic of Congo in the north-west of the Lake, hence wildlife from these Parks occasionally visit the Lake and sometimes spotted by tourists who visit it.

This Lake is currently a habitat to numerous species of fish (totaling over 80 species) that include Bagrus docmak, species of haplochromine, African catfish, Marbled Lungfish, Nile tilapia, and other species of Haplochromis among others. Nile Crocodiles and Hippos usually laze in the waters but the shores of Lake Edward usually attract a variety of wildlife species that include the warthogs, elephants, buffaloes, lions, and Uganda kobs.

Tourist activities conducted in and around Lake Edward 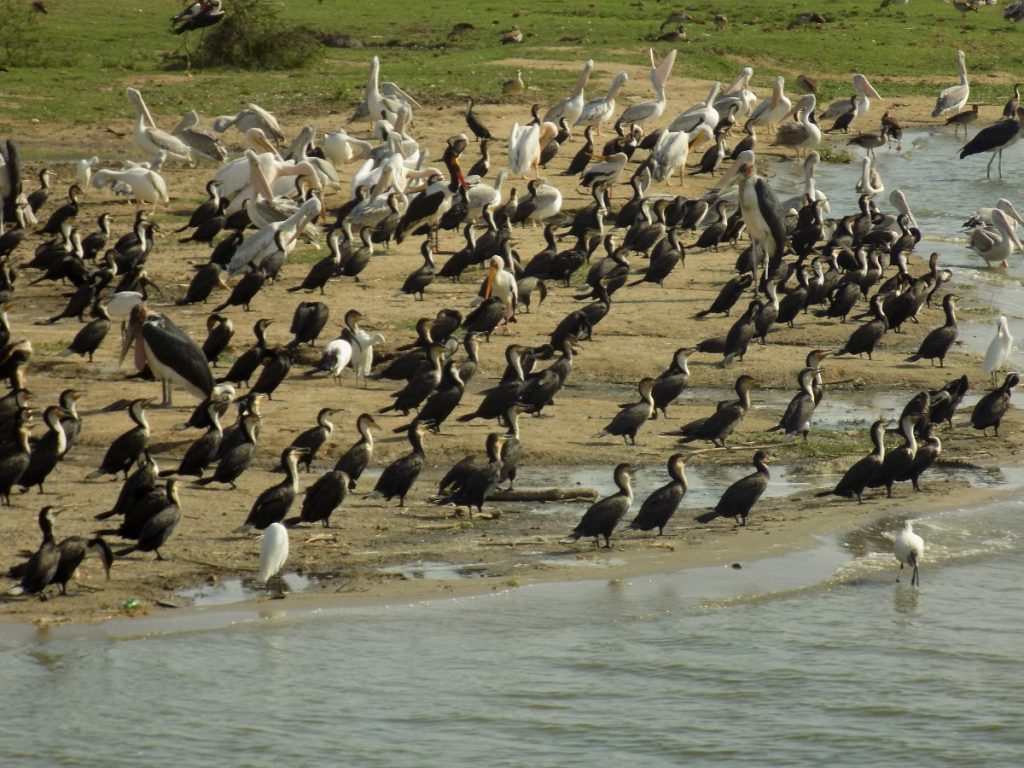 Boat cruises are also conducted in Lake Edward and offer opportunities of watching the different bird species and animals that call the Lake and its surrounding areas home.

Nature walks along the shores of Lake Edward offer the opportunity of getting up-close with the hippos, elephants, buffaloes, and other wetland bird species.

error: Please be responsible enough and make your own content dont copy