Uganda Religious Tourism Insights have really influenced the number of travelers in the country. Uganda is one of the most religious countries in East Africa.

Though the country is dominated by Christians, other religious practices and religions such as Muslims equally share influencing the country.

There are annual Christian events by different Christians sects such as the Anglican, catholic, SDAs, and the born again/ Pentecostal faith

Kampala is not only the political and commercial capital but also the religious capital of Uganda. Home to the headquarters of the catholic faith. Anglican, Islam, Bahai, etc.

Rubaga Cathedral is the headquarter of the Catholic faith in Uganda. The cathedral is located on Rubaga hill about 5 kilometers from Kampala.

The Namirembe cathedral as many call it is situated in Kampala. This is the oldest Anglican in the history of Uganda, it was hard for the cathedral to be built since Kabaka Muteesa I who had initially welcomed Christianity to Uganda had died and his son Mwanga II prosecuted the Christians killing about 26 of them.

Namirembe cathedral managed to be built in 1915. In the cathedral’s backyard are sir Albert Cook and his wife, and Bishop James Hannington some of the revolutionary Missionaries who built Mengo Hospital

The martyr’s shrine in Namugongo is widely known as the place where the killing of the Uganda Martyrs took place.

This was done under the order of Kabaka Mwanga II who instructed his right-hand man and chief executioner Mukajaanga who burnt down 12 of the converts.

The Uganda martyrs shrine is located in Namugongo, 12 Kms outside of Kampala on the Kampala – Jinja highway.

Some of the other Uganda religion Safaris destinations include Mapeera Nabulagala where the catholic religion is believed to have started. Then we have Kigungu that is believed to be the birthplace of Catholicism in Uganda 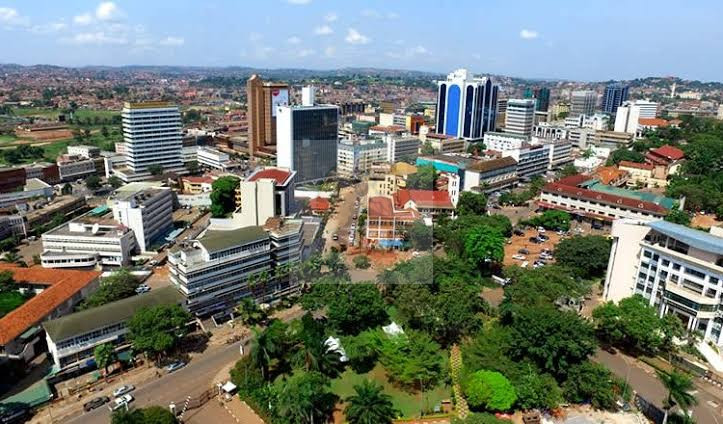 Bahai Temple is regarded as the mother of all temples in Africa. Its located on Kikaya Hill Gayaza in Kampala.

The Bahai religion was first introduced to Uganda in 1951 and 1958 the foundation stone of the temple was laid on Kikaya Hill in the outskirts of Kampala.

The temple’s wonderful architectural design is something every visitor to Uganda should see. Like all Bahai Temples, it’s a circular nine-sided dome, supported by nine massive columns

This is the national Mosque located on 12 acres of land on Old Kampala Hill in Kampala City and Uganda’s biggest mosque and the second-largest in Africa.

The ground structure was started by Idi Amin but after his death, it got stalled for 25 years until when colonel Muammar Gadhafi financed it.

The National Mosque can be seen from very many points in Kampala. Its 2km from Kampala city, on old Kampala Hill

Some people also search for the following